City Comparison: Find the best place to live in Germany 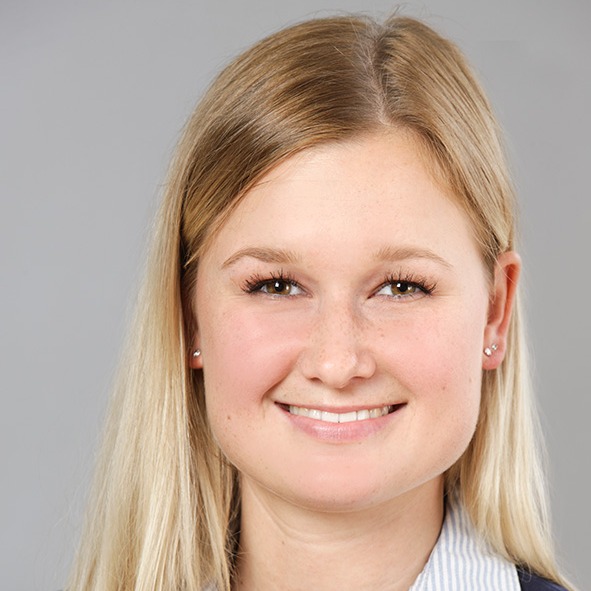 With its top-notch universities and attractive career prospects, living in Germany stands out among expats and international students. But before diving into a culture true to the motto “work hard, play hard”, you’ll have to make a decision on where to live in Germany.

Truth be told, there is no universal consensus on the best place to live in Germany. The choice is pretty much an individual one, for instance, there are different factors that certainly weigh more heavily for one expat and less for an international student.

In this article, we’ll observe five popular cities to live in among internationals. We’ll walk you through their Career and university prospects (Which city in Germany has more job opportunities?), quality of life (Which is the safest city in Germany?), costs of living (Where is the cheapest place to live in Germany?) and internationality (Where are international hubs?) to help you make a decision that matches your personal needs and expectations.

A city full of contrasts: you’ll discover historical buildings next to modern architecture; a laid-back mentality that meets a fast-paced atmosphere; flourishing cultures from all over the world that clash with the Berliner Schnauze. The capital of Germany is constantly reinventing itself and rather wonderfully, you’ll see this mirrored by the people living in Berlin.

Berlin is undeniably the startup hub of Germany that triggers entrepreneurs to turn their ideas into businesses. It’s high living standard for relatively low costs evoked a vast startup ecosystem with umpteen opportunities to network. And Berlin masters both: startups and large corporates. That’s also why major companies are based in Berlin, including Zalando, hellofresh, Pfizer, SAP or Flixbus. Expats that are seeking jobs in startups, science or technology will find plenty of opportunities.

At first glance, Berlin might give off the impression of a grey, concrete jungle. But once you arrive in the city, you’ll realize how green it is with its parks, rivers and lakes covering one third of Berlin.

As is unsurprising for most capital cities, Berlin is classified as the most dangerous city in Germany, with 13,583 criminal offences registered by the police per 100,00 inhabitants in 2020. Keep in mind though: Germany is in general one of the safest countries in the world. Hence, Berlin remains a safe city in an international context.

Berlin is one of the cheapest capitals in Western Europe. When you’re going out for food with friends, you will most likely spend no more than 10€ for your meal.

Did you know that overall, the cost of living in Berlin is 32.31% lower than in New York?

If you’re less enthusiastic about learning a new language such as German, Berlin will be a great match for you. The capital is the German city with the lowest linguistic barrier against English, so you’ll be speaking a familiar language in your day-to-day life.

Home to Lederhosen, Oktoberfest and beer en masse, living in Munich will get you closest to an experience straight out of the books of German stereotypes.

Munich offers attractive career opportunities for expats in financial services or consumer electronics and the automotive industry. The Bavarian capital is the base for major global corporations including BMW Group, Allianz AG, Microsoft Deutschland GmbH, Airbus Group or Siemens.

Good to know: Tuition fees in Germany are very low (~ 300€/ Semester) all across the country. On top of that, with a bit of research you’ll find many scholarship opportunities!

Munich is the safest city in Germany. In comparison to other cities with above 200.000 citizens, Munich has the lowest crime rate. In 2019, Mercer Quality of Life Survey awarded Munich with the 3rd highest quality of life across the world, and joint 2nd for infrastructure. Get yourself ready for locally brewed beer, an ultimate blend of old and new architecture, and a weekend getaway to the Alps or Northern Italy!

The economic growth and high quality of life is naturally reflected in the costs of living. Munich presents one of the most expensive cities in Germany; it’s the 49th most expensive city in Europe. Since the city is so popular among Germans and internationals, rent is significantly higher than for other German cities. However, keep in mind that Munich generally has many well-paid foreign expats.

With 530,000 citizens with a foreign background, around 37.7% of the city’s population is international. And a closer look shows us that 16% of Munich’s total population are international students!

What many people don't know is that the charming port city of Hamburg boasts over 2,000 bridges that cross the city’s rivers and canals – more than Venice and Amsterdam combined! The green city in the north offers a rich water culture and magical architectural gems.

Hamburg’s bustling economy revolves around the media, entertainment or finance sector; vast commercial corporations offer exciting career prospects for expats in marketing, communication and other commercial roles. On top of that, the city is a dream come true for expats that work in logistics since Hamburg is home to the 3rd largest port in Europe.

The northern city will captivate you with its Lake Alster at its heart, bustling shopping district, unparalleled cultural events and seafood straight from the salty source. Don’t forget your umbrella though: it’s one of the rainiest cities in Germany. Hamburg is generally safe compared to any other metropolitan city in Europe. You can safely walk alone during day and night or ask a stranger for directions.

Hamburg has the highest density of millionaires and its vast corporations in the media, entertainment and commercial industry have established a strong economy. Therefore, the costs of living are higher than in other German cities: Hamburg is 9% more expensive than Berlin.

Next up on the New York comparison scale is Hamburg where the cost of living is 29.71% lower than in New York.

Knowing a few phrases in German will make living in Germany a bit easier. In Hamburg, you can expect people to speak a basic level of English and you’ll make it through your day to day life without speaking German. Nevertheless, Germans have the tendency to be rather hesitant to speak English if they haven’t fully mastered the language. Try to memorize some basics in German – you’ll be sure to earn some bonus points! Even a cheerful “Dankeschön!” can break the intercultural ice.

Frankfurt am Main, also known as Mainhattan, takes you on a trip to New York City with its impressive skyscraper skyline and fast-paced business vibes. Literally though! The international airport in Frankfurt takes you from Mainhattan to Manhattan in only 8.5 hours.

Once you step foot into the financial district of Frankfurt, the headquarters of the European Central Bank, German Federal Bank, Frankfurt Stock Exchange and Deutsche Bank await. You best be ready to greet your new job prospect for finance in Frankfurt!

International students that are keen to immerse themselves in the center of things and be surrounded by a hands-on learning atmosphere for finance and business, can choose from a wide range of higher education institutions: Johann Wolfgang Goethe University, University of Applied Science Frankfurt, Frankfurt School of Finance and Management, and the University of Music and Performing Arts. Frankfurt is the ultimate place to kickstart your career in finance, with its attractive prospects for employment or internships.

On-time travels in your day to day life and outstanding flight connections are commonplace. The Mercer Quality of Life Survey anointed Frankfurt as the city with the best infrastructure in the world. A true paradise for expats with a need for travel connectivity!

Expats in Germany will experience a relatively generous salary in the financial sector and a high degree of employment security. Due to its strong economy, bolstered the financial sectors, the rent is higher in Frankfurt as compared to other German cities.

In this episode of how crazy expensive New York is, Frankfurt is 27.21% cheaper than the Big Apple!

Whenever you take a stroll on the streets of Frankfurt, you’ll hear many different languages around you. The city is in the heart of Germany and Europe, and with its international airport,Frankfurt attracts many foreigners.

In the valley of mountains and vineyards, you’ll find an economically flourishing city: Stuttgart. Once you arrive in the city, the feeling of being in a fairytale will forever linger. With its boiler-like shaped valley, the capital of Baden-Württemberg has higher temperatures compared to the average in Germany. Get ready for your summer weekends in the mountains and vineyards!

Stuttgart is home to a number of automobile companies such as Porsche and Daimler. It therefore comes as no surprise that around 20 percent of Stuttgart's citizens work in the automotive industry. Expats with an engineering degree, developers, industrial engineers, or IT project managers have the most attractive prospects in Stuttgart. You’ll find a high density of academic, research and science centres in Stuttgart.

The upcoming talents for the automotive industry are trained on-site in Stuttgart’s universities, institutions famous for their engineering degrees.

Stuttgart is the safest city in Germany with 8.535 recorded crimes per 100,000 citizens. In this regard, for expats with families, Stuttgart may be the best city to live in Germany.

The city is surrounded by valleys and vineyards, botanic gardens and castles. You’ll easily create the ultimate work-life-balance for yourself.

The automotive industry is the main contributor to Stuttgarts’ economic wealth and therefore, pushes Stuttgart towards the top of expensive cities in Germany.

Big Apple benchmark time: The cost of living in Stuttgart is 30.33% lower than in New York.

Due to Stuttgart's strong economy, major international corporations are located in the city. As many expats relocate to Stuttgart with their family to work in one of the headquarters, the city offers an international school for kids from abroad.

Conclusion: Which German city is the best to live in?

Though here may not be a single answer to the best city to live in Germany, we hope this guide helps you weigh up the options and eventually make a decision on which place is best for you personally to live in.

We walked you through the career prospects and universities, costs of living, quality of life and level of internationality of five popular German cities among expats and international students. Now the choice is in your hands! Reflect on the factors that matter most to you when moving abroad – and choose the city that best matches your needs!

If you’re an expat with kids, you might want to choose the safest city in Germany with secure job prospects. Alternatively, young professionals might get more excited about the flourishing startup scene up in Berlin to live out their entrepreneurial spirit. Munich’s costs of living are higher than in Hamburg, though it’s safer to live in Munich than in Hamburg. Additionally, Munich tends to hire well-paid expats. If you strive for a career in Germany’s automotive industry, Stuttgart is the place to be. Living the Wall Street dreams in Mainhatten? In Frankfurt, you’ll immerse yourself in an ambitious atmosphere of finance and business. With its strong economic system that offers high salaries and a healthy work-life balance, Germany boasts attractive prospects for expats and students. Now it’s up to you to clarify your expectations and choose the best place for you to live in and experience life in Germany!

Find accommodation in cities across the globe, start a conversation with our advertisers and book the place of your dreams!