Living in Valencia: tips and advice

Choose from 796 properties on HousingAnywhere! Learn more about living in Valencia

A definitive guide to find accommodation, as told by locals

How to rent a place in Valencia

Renting a room in Valencia can be easy if you have a good search tool or a contact. There are self-catering apartments available for short term and long term rent, from budget to luxury level, with fully furnished designer interiors and modern apartment amenities. As in many European cities, Valencian properties are typically advertised with a monthly rent and a living space in square meters. Accommodation may be furnished or not. However, there are no strict and specific rules. In some cases, there may not be kitchen appliances or just part of them left by the landlord. Likewise, there are fully furnished apartments, including all the basic items. It is totally recommended to ask the previous tenant in case you visit the apartment while the person is still there, to make it clear which pieces of furniture are staying. One option is to ask the landlord to confirm this, getting the answer in writing. 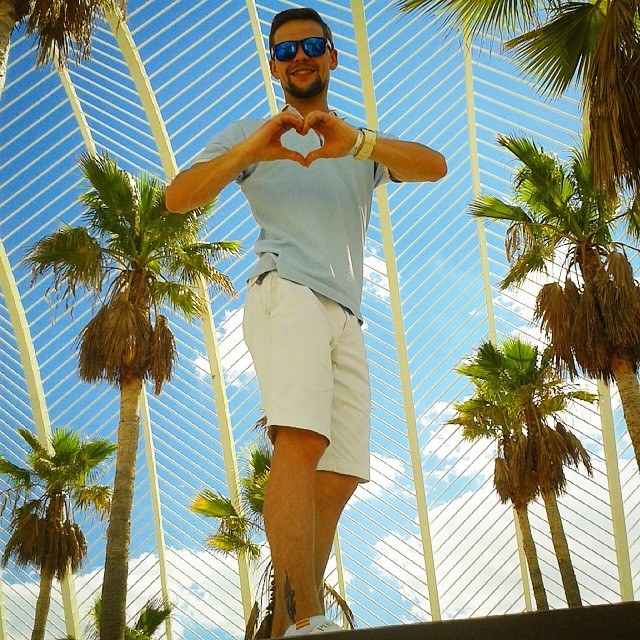 My name is Alexey and I’m Russian by birth, raised in Valencia and studied in Cartagena. Dedicated Civil Engineer interested in the fields of Higher Education, youth, and mobility. Speaking from my own experience with the international life, I guess that sometimes you may feel overwhelmed in a new city. No idea where you should go to or what you should do. Therefore, as a Valenciano, I am here to help you find the best neighborhoods to live, the best food to eat, and the places to be. I'm sure that after reading these articles you’ll have nothing to fear and you'll be ready for the time of your life in Valencia!

Living in Valencia and its neighbourhoods 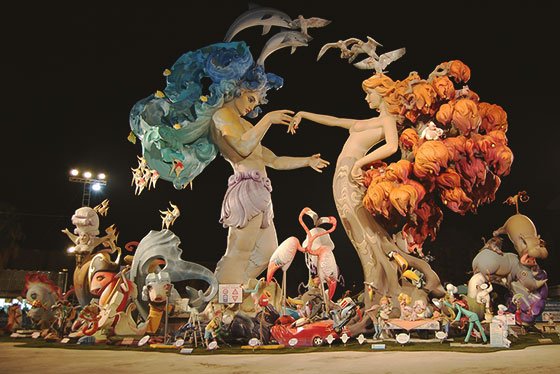 This city is famous, since the XV and XVI centuries, for the plurality and the popularity of some festive events that follow each other throughout the year. The extroverted, cheerful, and bustling character of the Valencians is manifested in festivals, religious and profane celebrations on the street with a perfect combination of rite, wit, gunpowder, music, and fire. Within the extensive festive calendar of the city, there is an option to find las Fallas, la Semana Santa Marinera, la Virgen de los Desamparados, el Corpus Christi, la Feria de Julio and el 9 d’Octubre.

The official languages are Spanish and “Valenciano”, however the second one not very popular in Valencia city. The youth community easily speaks English as well. Some will tell you that they speak Catalan - the big mistake. Officially it is really similar to Catalan but it is a different pronunciation and it is a different language for Valencianos. Just learn some words like “bon dia” and they will love you. 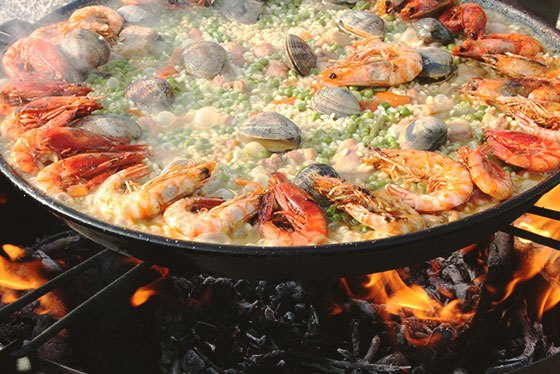 Valencia is famous for its gastronomic culture

The traditional dish is paella, served with seafood or meat, but original version is with meat. All the Spain knows that the true paella comes from Valencia, other paellas in Spain are named by Valencianos as “rice with things”. Do not try to argue this fact. A compulsory stop is Russafa neighborhood for tasty tapas and food, especially for “Agua de Valencia”. Yes, "agua" means “water” but it is alcohol, so be ready. Valencia is also the birthplace of the chufa beverage known as horchata, which is popular worldwide. If you want to try the local drink, Horchateria Daniel arguably makes the best.

Valencia is a bike-friendly city, but you can take any public transport to go from A to B easily. For staying in the city center transport is not needed but for going to the campus or an area like the beach, it is highly recommended. Very good option is a special card for students if your university allows you to use it or a Simple card that you can always charge which makes it cheaper than buying separate single tickets. The cost is between 1 and 2 euros per single ticket for Metro, tram, and bus. At the official website of EMT, you can track transport or just ask people around; they are willing to help at any time. Of course, upon arrival to Valencia, considering the huge luggage you might have, you can always look for an affordable taxi. Most methods of public transport are suitable to welcome you and your luggage, so take it into account and enjoy.

So much to do and to see in Valencia

The City of Arts and Sciences is a must-do as well as the science museum, planetarium and IMAX cinema, marine park and opera house. All located in the same area. If you want to know more about the history of Valencia, check one of the interactive exhibitions in “El museo de la Historia de Valencia” (The Museum of the History of Valencia). For the art lovers, there is the Museum of Fine Arts; one of the most important art museums in Spain. The Cathedral building was different before than it is now as both, a roman temple and mosque, occupied the territory. There is chance to find a chalice recognized by Vatican as potentially the real Holy Grail in the museum just next to the Cathedral. There are gardens in the old Turia river channel. Until 1950 there was a water flowing. In case you rent a bike, there is a lot to explore around the park. 1.000 different stalls may be found at the Central Market. In the Market with beautiful stained glass, you will be able to find local and seasonal products. The dome structure is decorated with mosaics. For all the animals-lover, and for those who like to spend a day outside of the city, there is a Bioparc. It is an innovative zoo. It will be a difficult task to recognize the barriers between animals and visitors since the barriers are almost invisible. The habitat is pretty close to the natural one.

On the TOP of the districts

Campanar is the given name to the district number 4 of Valencia. It limits to the north with Poblados and Benicalap villages, to the east with La Zaidía, to the south with Ciutat Vella, Extramurs and L'Olivereta and to the west with the municipalities of Paterna, Mislata and Cuart de Poblet.

The current district of Benimaclet includes the old town and the recently urbanized areas around it, as well as the area where the Polytechnic University of Valencia is known by the Campus de Vera. With the end of the Ronda Norte de Valencia and the urbanization of land the orchard is gradually disappearing. The best location for the Universidad de Valencia students.

Malvarrosa is the name of the main famous beaches of Valencia. Also, gives a name to the district that limits with the Mediterranean sea

Mestalla is the name of the Valencia Football team’s stadium. There is a district around the stadium that is also may be considered as a good accommodation district if you are studying at Universidad de València.