Living in Pisa: tips and advice

Choose from 103 properties on HousingAnywhere! 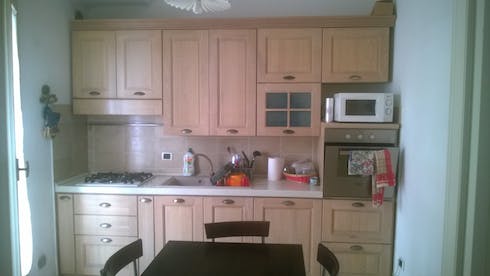 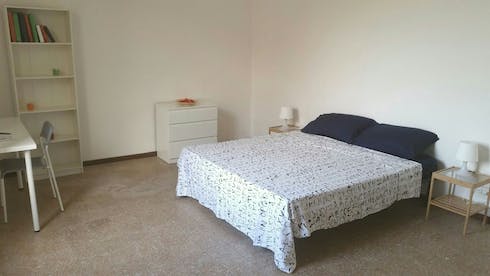 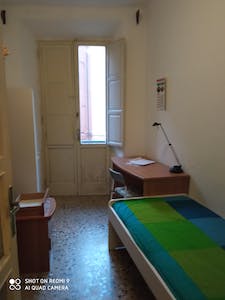 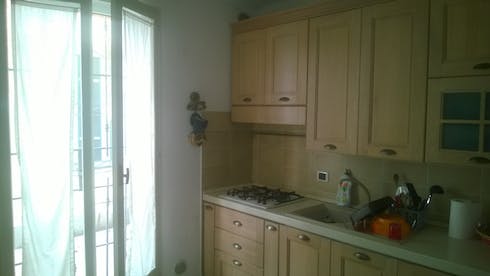 Learn more about living in Pisa

A definitive guide to find accommodation, as told by locals

How to rent a place in Pisa

Finding a place in Pisa can be quite a difficult task. The apartments available are often owned just by few people and this can sometimes result in higher prices. Some apartments, especially the cheapest ones, are usually rented out by the city habitants who struggle to answer all the requests they receive due to the high demand. But no worries! Housing Anywhere is well settled in Pisa and has contact with many different landlords to provide a wide range of apartments at a fair price. All of this while providing a safe booking system. So don’t waste your time, check our website and learn more about Pisa with our ambassador’s tips on how to have the best time in the city!

Hello! My name is Marco and on this page, I’ll give you some good tips on what are the things you must know while moving to Pisa. I was born and raised in Italy, where I studied Business Management at the LUISS University in Rome. I had my first experience living abroad when I was only 13 when I took part in an exchange program in Sweden. After that Ireland, France, United States, Singapore and Rotterdam followed. I know well all the uncertainties related to moving to another country, that’s why in these articles I am going to give you some top tips on the best places to visit, the coolest neighbourhoods to visit and some fun facts to know about Pisa. Buckle up and enjoy the read!

Living in Pisa and its neighbourhoods 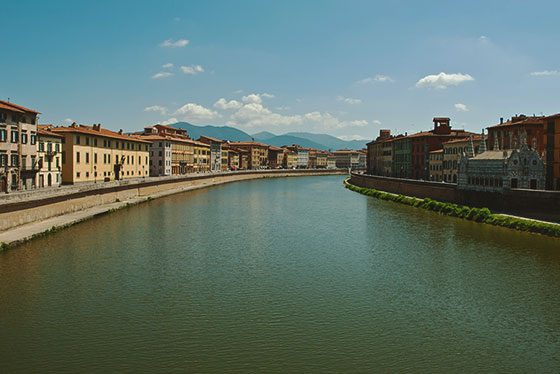 Moving to the city

The first steps to discovering the city

If you ask a Florentine about Pisa, they will tell you that the sea side city reachable by Ryanair plane is home to the Leaning Tower of Pisa. The tower has given Pisa worldwide status thanks to its unique condition: it’s the only tower in the world that still stands in spite leaned at an angle of 5.5 degrees. Today, after reconstructions, the angle has been reduced to 3.97 degrees. Still impressive if you think that the construction of the tower started in the year 1173 (Yep, la bella Pisa is one of Italy’s ancient cities); the lean was already noticeable by the time the second storey was started! It only got worse as construction continued. FUN FACT: Did you know that there are several other towers in Pisa with tilting issues? That’s because of the underlying marshy subsoil has difficulty supporting the towers’ weight. They are not as famous because their lean is less noticeable. 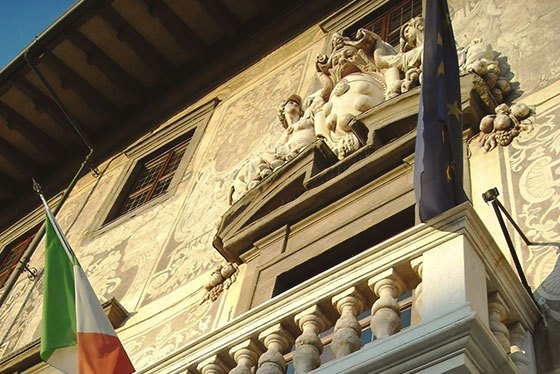 Three is better than one

Nobody would argue with the fact that education in Pisa is definitely a serious matter. Pisa nowadays has three Universities: Università di Pisa, the Scuola Normale Superiore and the Scuola Superiore Sant’Anna. All faculties are scattered all around the city, most of them easily reachable on foot. The latter two are still the best credit contributors for the city of Pisa. The firstmosttheSuperiore,for one, Scuola Normale Superiore, has educated two Italian Presidents and, according to the World University Ranking 2016 is the 1st University in Italy included into the 50 best Universities in Europe. The Scuola Superiore Sant’Anna deals more with experimental and applied sciences: for this reason it enjoys a special status. Will you give it a try?

Never been that easy to reach a destination

Among all Italian cities, Pisa is for sure one of the easiest to reach. The international airport Galileo Galilei provides several flights per day, the majority led by Ryanair. It’s quite easy and cheap to get to thanks to the bus “LAM rossa” that leaves directly from the railway station. But what if you want to get there by train or by car? Well, there’s no problem at all! Pisa is a direct destination from Lyon and Nice in France and Roma, Genova and Napoli in Italy. The harbor city of Livorno is just half an hour by train, and it provides routes to Sardinia, Spain and the rest of Italy. What are you waiting for?

Never heard of the Pending Tower?

Who ever has not heard of the famous Torre di Pisa, please raise your hand! Or else, Piazza dei Miracoli, the Cathedral and the Battistero di San Giovanni? Well, these are the places where all the international tourists are drawn to. But is there more? I can assure you: there is. After 10min walk you could pass by Piazza dei Cavalieri, the square that hosts the Palazzo della Carovana, the seat of the Normale di Pisa University, and the Torre della Muda, the tower quoted in Dante’s Divine Comedy. Piazza delle Vettovaglie, Borgo Stretto, Borgo Largo at night will offer you a real example of student nightlife, as well as the bars scattered in the nearby streets. In the evening, it is highly recommended to walk along the Lungarno, the path built along the river bank: I would personally not miss it! At last, the most important task: find a good restaurant that appeals you. Pisa is definitely a city for tasty food.

Visit the most famous neighborhood in the world!

The Quarter of Santa Maria is for sure a must-see of Pisa and it is probably the most popular here in the city. No wonder if you may decide to visit it as the first one! Santa Maria hosts the actual symbolic monuments of the city: the Pending Tower, the Duomo, and the ancient Piazza dei Cavalieri, the Knights’ Square. It has been the heart of the city since the Middle Ages and this has made it to be not only a tourist location, but the centre of the prestigious University of Pisa, Scuola Normale Superiore and of the University Hospital Santa Chiara. Starting from Piazza dei Miracoli, you should have a walk through Via S. Maria to admire one after the other: Palazzo dello Stellino, the Domus Galileiana and the San Nicola Church, connected with the Palazzo Reale (the Royal Palace), built by Francesco I de’Medici. After that, you arrive to the middle of one of the most beautiful historical neighbourhoods that Italy has to offer. Enjoy exploring and get lost in its beauty!

Only a few steps from the River Arno

Originally called Foriporta because located outside of the first city walls (Italian: Fuori=outside - Porta=door), the San Francesco neighborhood took his name from the omonimous church built between the XIII and the XIV century. A little stroll is recommended to enjoy one of the liveliest areas of Pisa. Within few minutes of your walk through the city you may reach the Church of Sant’Andrea: don’t let the appearance affect your first impression, this building has now been requalified as a theatre! The legend says that Pier delle Vigne is buried here, but nobody knows for sure (or nobody really wants to know if that’s true or not). Take Via Palestro and you will walk by the very active Synagogue and the excellent theatre, Teatro Verdi. Taking its name from the most famous Italian composer, any person could enjoy a “pièce”, choosing between opera, ballet, and prose. What if you prefer more “modern types of shows”? Well, close by you find the largest cinema in Pisa, right in San Paolo’s Square!

IMPORTANT NOTE: there are several great restaurants in the area: two of them are Osteria di Culegna (Via Renato Fucini) and Le Bandierine (Via dei Mercanti), a spaghetteria where the spaghetti are homemade.

Battles that made greater the city

Located south of the Arno river, Sant’Antonio is the neighborhood that used to host the old City Hall, Palazzo Giambacorti, and the marketplace of Logge dei Mercanti, built in 1605: you can easily find both following the Lungarno, the famous street that goes along the river. Among several churches in this area, we suggest visiting Santa Maria della Spina: in this Sanctuary one spike of Christ’s Crown was guarded till 1333, and in the late XIX century it has been transferred stone by stone east from its original position. Last but not least, we recommend you to visit the Bastioni di Stampace, the place of one of the bloodiest battles against Florence at the beginning of the XVI century.

Last but not least!

San Martino covers the southwest part of the city located inside the ancient walls. We definitely recommend having a walk along the Lungarno, where you will eventually step by Palazzo Lanfranchi, Palazzo da Scorno and the garden of Palazzo dei Consoli del Mare. At the end of the street, you reach the ancient marketplace of Logge dei Banchi, the area that opens the way to the Ponte di Mezzo (Half-way bridge), the most ancient in Pisa. At last, we suggest visiting two churches, in particular Santa Maria del Carmine and Chiesa di San Martino. In this last one you find the spoils of Santa Bona, the Saint patron of hostesses. Do you think this is a coincidence?