5 reasons why Barcelona is so attractive to expats 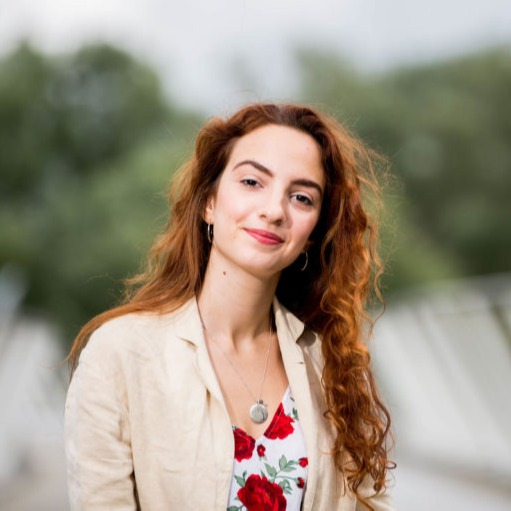 Situated along the Mediterranean coast, Barcelona is home to stunning beaches, wondrous architecture, and a culture as beautiful as the city’s surrounding landscapes. With all these things and more, it’s not difficult to see why the Catalonian capital welcomes millions of tourists each year.

But what makes Barcelona so attractive to expats? To find out, we put together five compelling reasons – and yes, we included the wonderful weather and the fantastic food!

Thanks to its perfect seaside location, you’re always only a stone’s throw away from Barcelona’s beautiful beaches. With 100 miles of stunning coastline, Barcelona is home to a great number of incredibly diverse beaches, including the busy Barceloneta beach, which is possibly Barcelona’s most popular beach and features a stretch of seafood restaurants and tapas eateries.

Located near the Olympic Marina on Barcelona’s central coast lies Nova Icària, a waterport paradise, where you’ll find plenty of activities including sailing, canoeing, windsurfing and scuba diving, as well as other exciting sports such as volleyball and table tennis.

Marta Laurent, born and raised in Barcelona and the owner of ForeverBarcelona, says:

Barcelona is a very sports-oriented city. The Olympics took place in 1992, and people here continue to be avid sports’ fans and enthusiasts: soccer (FC Barcelona), but also jogging, biking, lots of gym and yoga options too. Barcelona is also very well connected with neighbouring countries via main roads, including central Spain, Portugal, France and the Pyrenees, where you’ll find plenty of hiking and skiing opportunities.

Ever tried fly fishing? The Pyrenees and rivers near Barcelona are some of the best spots for fly fishing in all of Europe! If you are a fan of the outdoors and want to try something new, then you’ll fit right in.

As well as plenty of outdoor opportunities to pursue, Barcelona boasts “great food, wonderful shopping districts, world-class museums such as the Picasso, the Miro or the MNAC, and a lovely historical area (the Gothic Quarter with medieval and Roman heritage)”, says Marta. “Let’s not forget the scenic Eixample with its Parisian-looking art-nouveau architecture, and the Gaudi sites, that are so unique to the city!”.

With so much to see and do, expats moving here should never run out of things to experience.

For many people, the weather might be a deciding factor when choosing where to live abroad. Thankfully, Barcelona boasts warm weather all year around. During the summer months, expect highs of 30°C, while in the winter, temperatures usually never drop below 5°C, so you’ll never have to deal with the temperature dipping below freezing. Even better, the transition from season to season is so gradual that there’s plenty of time to acclimatise to new temperatures.

Groceries, in particular, are much cheaper in Barcelona than they are in the capital. However, you should keep in mind that the city has had a significant increase in rental prices in the past few months, according to the HousingAnywhere International Rent Index. Generally, you could spend around €510 for a room and €896 for a studio in the city.

The city is also home to an incredible gastronomic scene, unique to Barcelona, and is quite different from what you might find in other parts of Spain. Catalonian cuisine utilises simple yet flavourful ingredients, including seafood (especially salted cod which is widely eaten in Catalonia), jamón (cured ham) and market-fresh produce.

One authentic dish you must try when moving here is esqueixada de bacallà, which consists of shredded, salted cod, chopped tomatoes, red peppers, onions, black olives and olive oil. This refreshing meal is usually enjoyed in the summer months.

Another dish which is widely eaten in Catalonia is fideuá, which at first glance, seems very much like Paella, except noodles are used instead of rice. Originally from a town in the Valencia region, fideuá is widely eaten along the Catalan coast, and features delectable seafood items including monkfish, squid and prawns, cooked in a hearty fish and shellfish Stock.

As well as authentic Catalonian cuisine, Barcelona is home to an array of local and international options including Mediterranean cuisine, Japanese, Chinese, Thai, Arabic, American, German, Morrocan and more. So no matter what type of food you’re into, you’re sure to find something to satisfy your taste buds in Barcelona.

Home to a thriving expat community, new arrivals are sure to feel at home here. Barcelona is adored for its multicultural nature, which is not only reflected in its expat community, but also in the city’s local businesses and international eateries. You only have to walk Las Ramblas and you’ll hear a variety of accents and languages, including the local language, Catalan.

One thing expats should note is that the Spanish language is very different to Catalan. In fact, Catalan shares more similarities with French than Spanish. While you don’t need to be immediately fluent, the quicker you learn Catalan the easier life will be.

Expats moving to Barcelona also need to understand its past, due to the city’s complex yet culturally rich history. For example, a long-standing, lingering issue that you’re sure to notice when living there is the Catalonia independence movement.

Despite this, there are plenty of ways you can better understand the ongoing political movement without becoming overwhelmed. You only have to visit one of Barcelona’s many libraries, museums or archives, and you’ll discover everything you need to know about the city’s past to have a good understanding about its present condition.

So while you may feel more like a tourist than a resident at first, it won’t be long before you’re completely immersed in the city’s lifestyle. With a beautifully diverse culture, an incredible gastronomical scene and all of the above, it’s no wonder why Barcelona is a desirable destination for expats!

Ready for your move abroad?

Your Comprehensive Guide to Barcelona's Neighborhoods

Ready for your adventure?