Getting around Turin: Public Transportation and its Alternatives 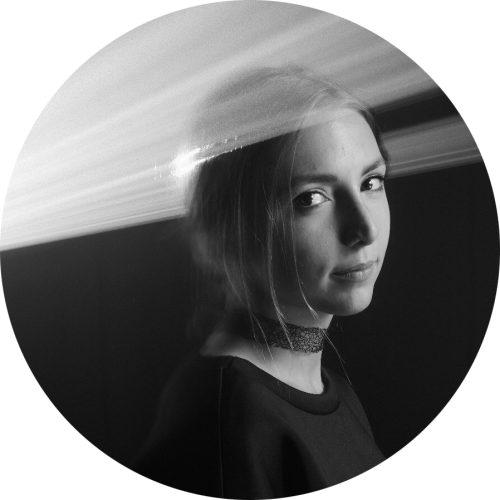 Turin is one of the most exciting places to live in Italy as an expat. Here you have amazing nature, warm climate, rich culture and a lively nightlife. And all of this comes at a much lower cost than in larger cities such as Milan and Rome. That also means you’ll benefit from affordable rent and cheaper public transport in Turin.

If you’re relocating to Turin, it’s helpful to understand how to get around the city in advance. So keep reading and you’ll know all about it!

Getting around by public transport in Turin

Gruppo Torinese Trasporti (GTT) is the company responsible for public transportation in Turin. Its network boasts a sole metro line of 13.2 kilometres, 9 tram lines and over 80 bus lines.

When choosing a neighbourhood to live in you should carefully consider the distance to your study or work. Even though Turin is well-connected with public transport, you can end up spending over an hour commuting if you don’t do your maths right.

How much does public transport cost in Turin?

Public transport here is rather affordable and can easily fit into your monthly budget for living in Turin.

Keep in mind that the countdown begins from the moment of validation of your ticket.

If you plan to use public transport in Turin frequently, we recommend requesting a personal BIP travel card.

On this card, you can load one or few subscriptions, such as:

You can request your BIP card online free of charge if you buy a subscribtion simutaniously. Otherwise, the card costs € 3.

Where can I buy public transportation tickets in Turin?

You can purchase public transportation tickets at any newsstand, tobacconist or 24h automatic vending machines at the metro stations in Turin.

Alternatively, if you have an Android, you can download To Move app to buy and manage your public transport tickets for Turin from your phone.

Getting around Turin by bus or tram

Buses and trams are the easiest means of travelling in Turin. They connect the city of Turin with its outskirts and run from 5 am to midnight.

On Fridays and Saturdays, you can make use of a special night service called ‘Night Buster’ that runs until 5 am. It goes every hour and stops near the main night spots in Turin.

Some of the main rules to follow when using a bus or tram in Turin:

Getting around Turin by metro

Subway is surely the fastest way to get from A to B in Turin. As long as both A and B are located along the single metro line though!

The subway system connects the suburb of Collegno to the Lingotto Expo. It also passes through the city’s main railway stations of Porta Nuova and Porta Susa. All in all, you can cover an hour’s distance in only 20 minutes!

You can recognize metro stations of Metropolitana by a red sign with the letter “M.” Then, similarly to other public transport, just go down and buy your ticket at one of the vending machines. You’ll validate your ticket when entering the gates of the metro station.

Working hours of Turin’s underground are:

Getting around Turin by car

Most of the city of Turin is accessible by car. The only exception is the historical centre and the surrounding areas which are considered restricted (ZTL). Driving into such an area without an appropriate authorization will result in a steep fine, so make sure you familiarise yourself with the ZTL boundaries and timetables in advance.

You can find both underground and street parking in Turin. You’ll deal with varying hourly rates ranging from €1.30 to €2.50, depending on the area. You can purchase a parking voucher from GTT retailers such as tobacconist, newspaper shops and parking ticket machines.

All things considered, Turin isn’t an ideal place to drive through. The streets are narrow, the traffic is fierce and driving in the centre is restricted. So, if you live in one of the neighbourhoods close to the heart of Turin, we advise you to stick to public transport or choose an alternative transportation method like bike or e-scooter.

Getting around Turin by taxi

You can grab a taxi in Turin at one of the designated taxi stops or order it to a specific address. Though, of course, the easiest way is to order a cab through one of the car sharing apps.

It might sound counterintuitive but Uber isn’t the way to go in Italy. Unfortunately the largest car sharing service doesn’t have a lot of drivers and only offers Uber Black in Turin which is one of their more expensive services.

The best app to order a taxi in Italy, and Turin specifically, is FREE NOW.

It operates according to the same tariffs as the regular local taxi and quickly locates the nearby drivers in your area. It also offers plenty of discounts!

Taxi fares in Turin are as follows:

Similarly to many other European cities, it’s common to ride a bike in Italy. This means of transport can save you a lot of hassle and time in Turin, especially if you live around the city centre. Needless to say, it’s the best you can do for the environment.

If you don’t feel like buying your own bike just yet, you can make use of Turin’s bike sharing program [TO]BIKE.

To grab a bike from one of 140 stations in Turin, you first need to buy the [TO]Bike membership. Then you’ll get an electronic card which will allow you to use the service 24h a day.

The annual subscription costs only €25, including €5 compulsory credit. The first 30 minutes of your travel will be free of charge and then you’ll pay according to the defined tariffs per half an hour, with the maximum of €2/30 min.

The other travel option in Turin is e-scooters, including sitting (scooter elettrici) and standing (monopattini) options. Conveniently, Voi and Cooltra sharing services are available via the FREE NOW app. So you’re able to see the nearest pick up spots of the e-scooters and unlock a vehicle directly from that same app!

Besides being a lot of fun, e-scooters are a very affordable means of transportation. Using Voi, you’ll pay a fixed rate of €1 for unlocking plus the fixed fee of €0.19/minute.

However, there’re more e-scooter services such as Dott available in Turin and they require separate apps. So, if you’d like to have an overview and compare the prices of all the mobility options available in your area, cabs included, Urbi is your best friend!

E-scooters however might be somewhat scary for an inexperienced user, especially with Turin’s roaring traffic. So, even though we highly recommend trying it out, please, do it with caution!

To sum it all up, we recommend you to walk or ride a bike, if the location of your work or university in Turin allows you.

Cars and taxis aren’t the most practical means of transportation in a city like Turin, especially if you live close to the historical centre.

Undeniably, subway is the fastest way to get around, but its connection is very limited.

Luckily, bus and tram stops are scattered around most of the city of Turin and its suburbs. But it might be a very long commute, depending on where you decide to settle down in Turin. If you plan to travel frequently, get a BIP travel card with a monthly or annual subscription.

E-scooters are a fun alternative to the aforementioned options if you’re not scared of driving the swift two-wheelers.

On a last note, it's a good idea to factor the commute to your study or work when looking for your new home in Turin. That way you can avoid unnecessary stress when starting a new exciting chapter in your life abroad!

Looking to rent in Turin?