Guide to Getting Around Milan Using Public Transport 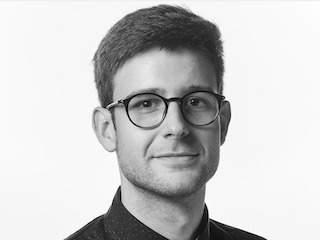 Being at the top of the best Italian cities, Milan boasts an extensive public transport system. However, it can often be daunting to those who aren't familiar with it. Luckily, the Azienda Transporti Milanesi (ATM), the company in charge of the public transport network, has done a great job in integrating all of the means of transport.

Conveniently connecting all of Milan’s neighbourhoods, you’d be able to swiftly get from one side of the city to the other. Besides that, Milan’s public transport system is perfectly equipped to accommodate individuals with disabilities as well.

Keep reading to find out about the different types of public transport in Milan’s network, the associated costs and the best alternatives.

The public transportation network in the capital of the Lombardy region is nothing short of vast. The bus, tram and metro lines are ideally integrated to facilitate your needs when walking doesn’t cut it.

Of course, good public transport comes at a price. Fortunately, its cost in Milan isn't going to break the bank, unlike some of the other expenses you’ll have while living in the city.

This is how much you pay for public transport in Milan:

Buying a ticket or a travel card

Choose between four options to buy a ticket:

The bus system covers all of Milan

Milan boasts 80 sustainable bus lines. The buses run daily from 5:30 am until 1:45 am with the only exception being public holidays.

As it seems, the bus lines serve the purpose of complementing the metro lines and would serve you best if you want to quickly get out of the city centre.

You should keep in mind that the bus stops in Milan aren't traditional. Instead, they consist of a single metal pole indicating the buses which run through there and the consecutive stops. You can expect to see the name of the stop you're at to be highlighted with the following stops being below its name.

Using the bus in Milan requires you to be proactive. You're expected to hail the bus similarly to a taxi since it wouldn't stop unless you do so or one of the passengers wants to get off at your stop.

Besides being active during the day, some lines run night shifts as well.

Always remember to validate your ticket as soon as you get on to avoid a fine!

Enjoy a ride to work in a historical tram

As with every other major European city, Milan boasts a wide tram network. Consisting of 18 lines, there are 33 different routes, some of which reach the outskirts of the city. Typically running on schedule, the tram network is the second fastest way to get around the city, dominated only by the impressive speed of the metro.

Similarly to buses in Milan, you're required to hail the approaching tram for it to stop to pick you up and you must also signify your intention of stepping off.

The trams in Milan run on the same 5:30 am -1:45 am schedule as the metro and busses. Yet, some trams run overnight, but don't count on the wait to be short.

Despite the majority of the tram fleet being modern, numerous “old school” trams are still running and signify the long heritage of the tram network that dates back to 1873. Naturally, you shouldn't expect to get high tech air conditioning in the trams from the 1920s. However, what they lack in modern amenities is compensated by the historical experience.

As with everywhere, Milan’s metro is the fastest way to get around the city. With more than 100 stops scattered throughout the Milan city area, your best bet in finding them is to look out for the square signs with a capital “M” on them. There are currently 4 integrated metro lines in the city and there are plans for expanding the network in the future.

The metro runs daily from 5:30 am to 1:45 am. Since the schedule fits that of buses and trams, and the ticket applies to all of them, you can count on being able to combine them as you wish.

BikeMi, Milan’s public bike-sharing service, has been around since 2008. The number of the BikeMi stations has risen to more than 200 since then. Scattered around the city each station can receive your bike once you are done with it.

You're required to sign up for the BikeMi program to make use of the service. The subscription options are as follows:

Once you've secured your preferred subscription, you can make use of the BikeMi network. The first half-hour is always for free, with every following 30 minutes costing you € 0.50 and every hour beyond 2 hours costing € 2.

Alternatives to Public Transport in Milan

Not much of a public transport person? You’re not alone. Here are the alternatives which you can make use of in Milan.

Unlike in some other European cities, you cannot hail taxis in Milan in the middle of the street. Instead, you’d have to either order a taxi at a specific address or get into one at one of the designated taxi stops.

The general pricing is as follows:

There are also several peculiarities of the way billing for using taxis in Milan works. They are dynamic, so we advise you to check the official page to find out about them.

Cityscoot is another alternative to public transportation. As with other ride-sharing services, Cityscoot runs a fleet of electrified mopeds placed at key locations. Prices start at € 0.29 per minute. All you need to do to be able to make use of this service is to sign up for the app.

Trams, buses, metro, taxis and other alternatives. Now you know what you can expect from Milan when it comes to getting around without a personal car.

Cost of Living in Milan: An Accessible Overview (2022)

Ultimate Neighborhood Guide: Where to Live in Milan

Looking to rent in Milan?